HomeEventsLeaguesPerth Ultimate League FAQNews Items2013 Male Player of the Year
The 2013 Male Player of the Year is Louis Masarei.
Louis Masarei has had an awesome year. A strong leader for the UWA Ultimate Club he has Captained the UWA A team in Perth Ultimate Leagues 46 and 47 and also the UWA A team to finish in second place at Phoenix Has Risen. At a Nationals level he competed with Sublime A at Nationals in Bendigo in April. In July he was part of the bronze medal winning Australian Open team at the U23 World Championships in Toronto.
He returned home to Captain UWA at the Australian University Games on the Gold Coast where UWA finished 4th and earned himself selection to the pretigious Green and Gold team at Uni Games.
Louis is a great communicator, plays with passion and enjoys every minute of every game. 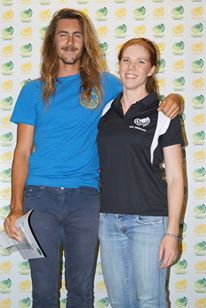