HomeEventsTournamentsNews Items2013 Coach of the Year
The 2013 Coach of the Year goes to John Damiani.
John "JD" Damiani has committed himself to provide outstanding coaching service to an array of high
performance teams and developing teams over the past 12 months including:
JD has also provided coaching support to other mixed teams in the lead up to Nationals with Happy Pig & Fear. JD’s coaching ability is very well respected across all teams he works with. He provides well structured training sessions, provides constructive team and individual player feedback and celebrates team success. His coaching commitments expand off the field as he frequently
receives requests from players via email, txt or phone and he always gives up his time to provide a response.
Aside from coaching the above listsed teams, JD volunteered to assist the WAFDA committee with a focus on improving opportunities for high performance ultimate in WA. He organised a split gender league in the lead up to nationals aimed at creating pathways for aspiring players to play with WA State teams Sublime and Kaos. 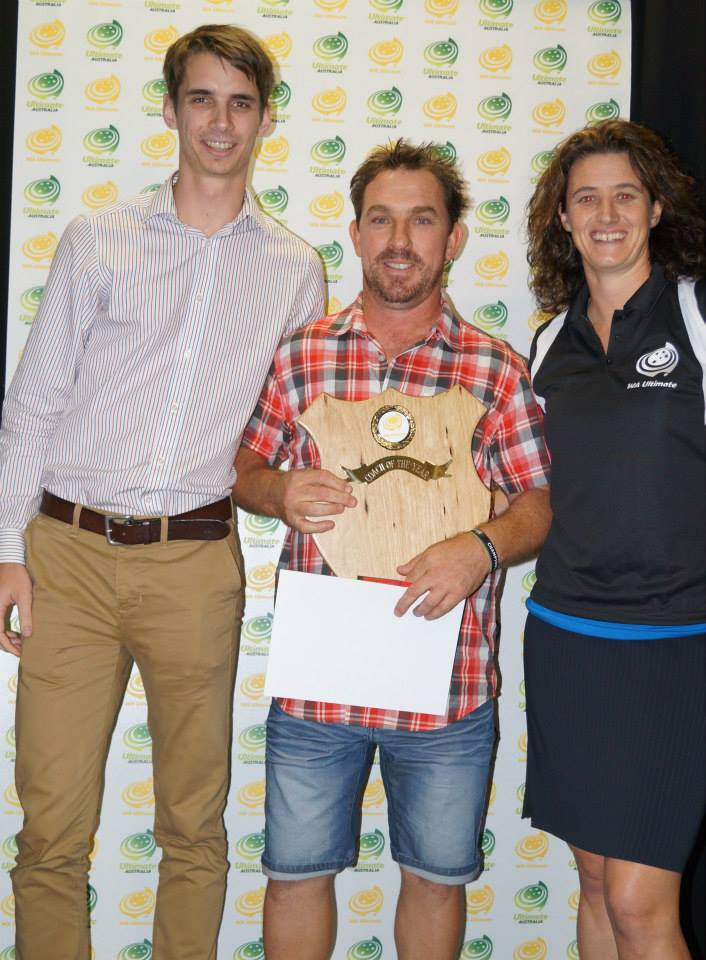