Steve "Bakes" Baker is dedicated to development and encouraging newcomers. Steve has led several activities aimed at the grassroots level, namely:Monday/Tuesday Night Medina Pickup. Bringing new people into the sport and developing their skills in a friendly and supportive environment. With Steve’s encouragement, several of these people went on to play in the Wednesday night league under Fear as well as play in the 2013 Australian Mixed Ultimate Nationals.
Without his input and support these players would not have played at a higher level, nor had the skill set to do so. Sunday Fear Club Training Steve actively engaged with players across various leagues and within the community to attend training with Fear. He then spent time working with each player to ensure their skills and confidence were nurtured in the training environment. Often Steve will stop play or break down drills to a basic level to ensure that beginners have a firm grasp on the drill and what skills will be developed.
Fosters ‘Spirit of the Game’:
Steve ensures that the understanding of the game and what is considered good ‘Spirit’ is prevalent with the club. He will often call his own players to task, when they are not acting with honesty, integrity or fair play. He will often allow marginal fouls or lines calls go to the opposition, rather than argue them to the benefit of the overall ‘Spirit’ of a game. One of the primary activities that Steve has driven is the ongoing growth and development of Fear from a low-end social club to one that is becoming more and more competitive with each season that passes. This has been achieved through his strong leadership as the President, Head Coach and a mentor to players at all levels. His understanding and alignment with Fear’s development plan has borne fruit in the increased ranking of Fear teams at league as well as the growth of the club from one large team to 3 league teams, 2 pickup nights and AMUC representation.

Off the field he is an adminstrative leader keeping the FEAR Club on track with governance and IT development if this wasn't enough he also maintains all the behinds the scenes technical work for the WA Ultimate website and assists the league directors with league administration and updating the results each week. 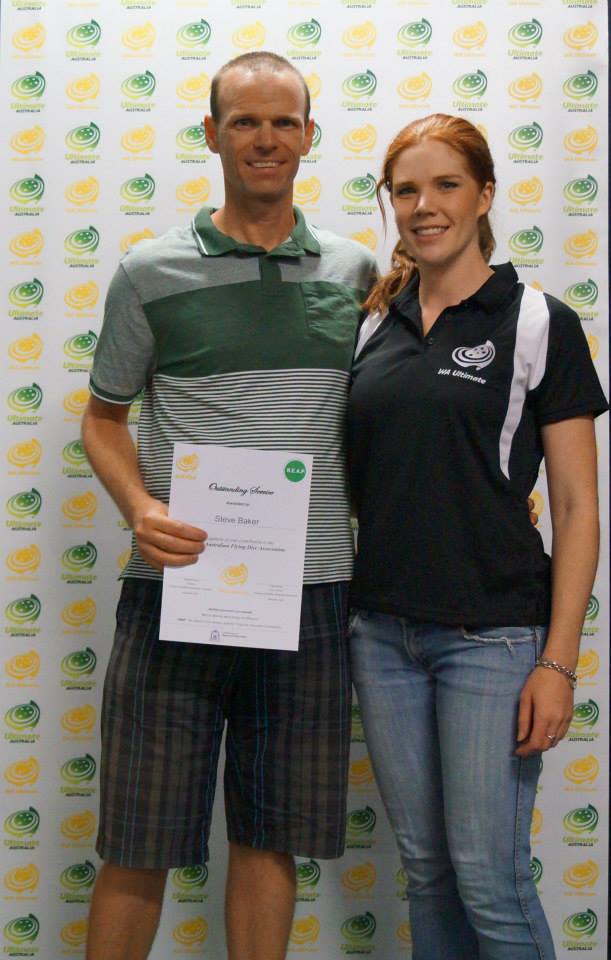