Phoenix Has Risen 2018 has once again come and gone, with a successful tournament hosted by Bunbury Ultimate Club and sponsored by the City of Bunbury.
Congratulations to Sublime Ultimate Club who took home the championship title over Curtin Ultimate Club. Huck Chasers came away with the bronze with a win over Disc Graceful Ultimate Club and Disc Tasteful were named Spirit of the Game Winners.

Once again we saw the return of Bunbury Ultimate's "Butter Monkeys", who displayed some of their best ultimate so far, but unfortunately no Esperance or Broome this year.

The Most Valuable Players of the tournament were Eilish Warnock, coming straight off the back of a successful Australian Juniors campaign and Jack Nathan.

A total of 117 players across the 8 teams competed over the weekend at Hay Park in Bunbury. The event was proudly sponsored by the City of Bunbury who provided the support needed to bring the event to the south west. ABC South West covered the event on their local radio program and interviewed many of the athletes, volunteers and coaches who made it to the event.

A MASSIVE THANK YOU to all the amazing staff and volunteers who worked tirelessly in the lead up and during the event, a special thank you to Crystal Peel, Curtis Novacsek and Annie Jessop for their hard work behind the scenes and on the day. A very big thank you to our volunteer Game Advisors; Steve Baker, Oliver Berry and Rick Rose who did a fantastic job ensuring that all teams upheld the Spirit of the Game.

All the results from the event can be found here.

All the photos from the event can be found here. 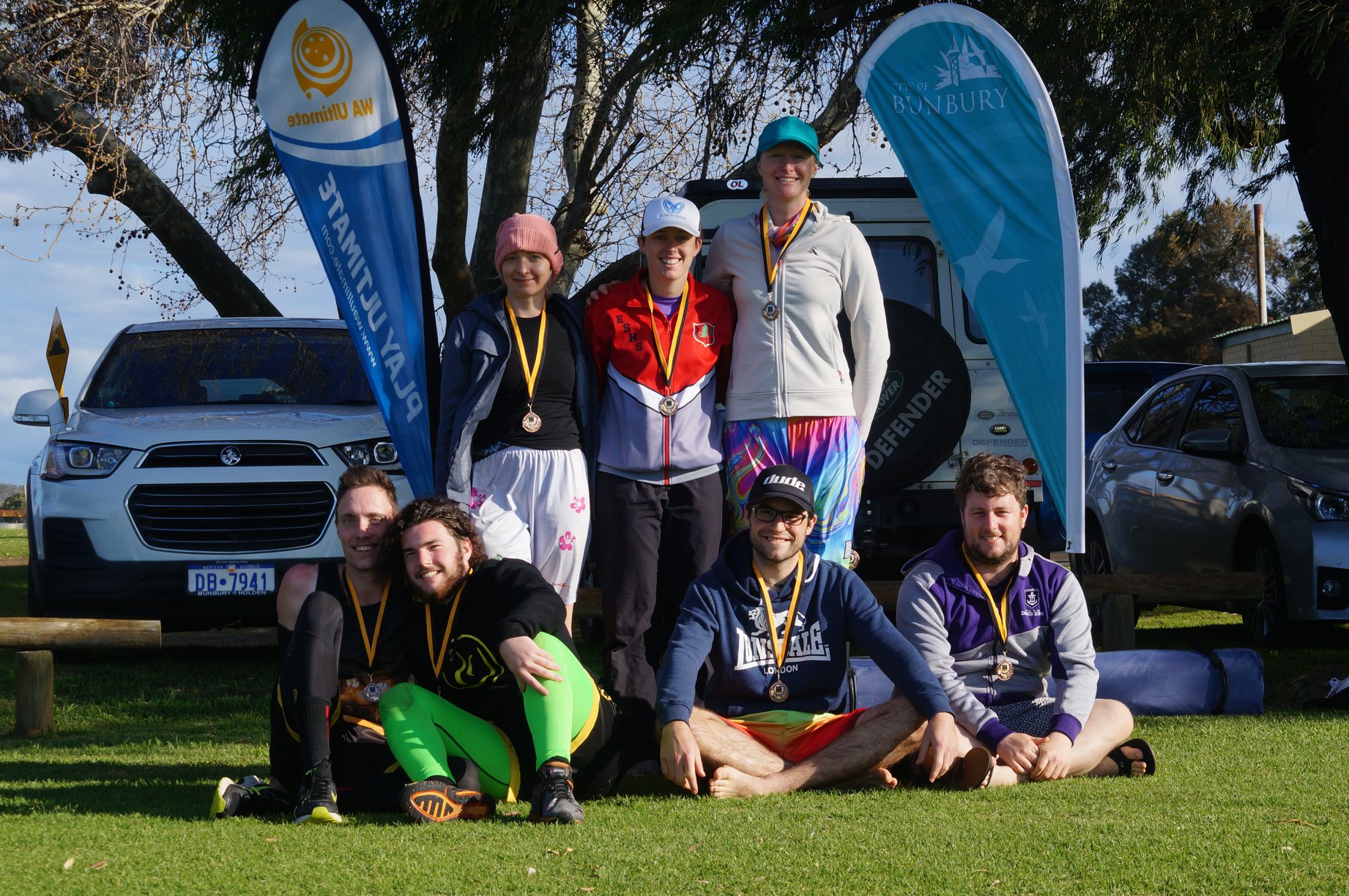