Cabs take out this award for the second year in a row. The team returned this year to the mixed Nats with a totally different team. Only 5 players returned from last years mixed nationals championship team. he aim this year was to introduce others to a top level team and provide them coaching and development that they could take back to there own clubs.
Cabs dominated Phoenix Has Risen with an unbeaten record throughout the state championships event.
Cabs also returned to Manila Spirits this year finishing 10th. The team also supplied donations from the WA Ultimate community to the typhoon relief. 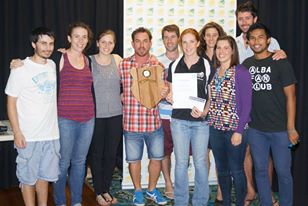